We are pleased to welcome our first Dean's Fellow Professor Alon Harel from the Hebrew University of Jerusalem in Graz!

Read here more about his research projects, his book "Why Law Matters", memorable experiences in his career and his plans for his stay in Graz.

REWI Uni Graz: Prof. Harel, we’re happy to have you here at REWI Uni Graz as our first Dean’s Fellow! What are your main research areas and what will you be working on in Graz?

Thank you for inviting me to this beautiful city. I have been here only for a few days but am very impressed by the beauty of the city and the hospitability of my host here Professor Klatt.

I am working in the field of normative political theory and exploring questions such as the foundations of the authority of the state and the rights and duties it has. I am currently co-authoring with Avihay Dorfman a book entitled Reclaiming the Public where we argue that to be legitimate the state has “to speak in the name of its citizens,” ie to represent them. We also show that representation is the key to understand not only the powers of the legislature but also the powers of public officials and even what makes an official a public official. The book also explores other questions concerning the boundaries of privatization, the powers of private corporations in particular the powers that media platforms such as Google and Twitter have to restrict speech. Let me present in greater detail the motivation for writing the book and the core claims we make there.

Reclaiming the Public aims at exploring the concept of the public, its philosophical, political and legal manifestations and the way it structures legal, political and institutional norms. The underlying motivation for this project is the established differentiation between the concepts of the private and the public which has diverse manifestations in political and legal theory and practice. For instance, we speak of the public sphere and the private sphere, public and private law, public officials, public institutions etc. Reclaiming the Public tries to identify what makes an official or an institution public and what the normative implications of this classification are. We also examine the costs and benefits of privatization and argue that certain goods cannot be privatized without undermining their value.

The hypothesis which we defend is that what is distinctive about institutions or officials that are characterized as ‘public’ is that they speak in the name of its citizens. Public institutions and/or public officials do not only serve us or promote our interests; they also speak in our name and to do so they need to represent us. Similarly, public officials are ones that have authority over us because they speak in our name. This observation has important legal and political repercussions and further, it also implies accountability on the part of citizens for the decisions made in their name as we argue they are the real authors of these decisions.

You have published the book “Why Law Matters”. So, why does law matter?

It is fashionable among legal theorists to maintain that what makes a legal or political institution valuable is its ability to decide correctly or justly, and equally, what makes a procedure valuable is its propensity to generate just decisions. This main theme of my book Why Law Matters (which is translated to German under the title Wozu Recht: Rechte, Staat und Verfassung) is that the desirability of various legal institutions and procedures is not contingent and does not hinge on the prospects that these institutions arc conducive to the realization of valuable ends. Instead, various legal institutions and legal procedures that are often perceived as means to facilitate the realization of valuable ends such as justice matter as such. To do so I examine issues such as the nature of rights, the legitimacy of privatization, the justifiability of constitutions and judicial review and other foundational concepts in political and legal theory. To put it simply: law is not only a means but also an end.

A non-instrumentalist justification grounds judicial review in essential attributes of the judicial process. In searching for a non-instrumental justification, I establish that judicial review is designed to protect the right to a hearing. The right to a hearing is valued independently of the merits of the decisions generated by the judicial process. What it is designed to achieve is to provide the opportunity for a person to challenge the state’s decision and to compel it to hear his grievance and rethink the justifiability of its decisions. Hence, I argue, judicial review is valuable as such independently of the prospects that it brings about the right decision.

We’re really looking forward to your upcoming research results! Maybe we can follow up with some details on your time before you came to Graz, like previous positions, memorable experience in your career?

I have always been interested in normative questions, in particular in questions concerning politics, justice and human rights. My academic education and experience is based almost exclusively on the Anglo-American tradition. I spent most of my sabbaticals in the US and I completed my PhD at Oxford.

Three years ago I decided to broaden my horizons, so I spent a year at the Wissenschaftskolleg in Berlin and tried to learn as much as I can the German legal system, in particular German public law. I have been fascinated by some of the decisions of the German Constitutional Court which differ radically from the ways similar questions are addressed in the Anglo-American tradition.

Let me illustrate: what captured my imagination was a famous case concerning the authorization of the armed forces by the Aviation Security Act (Luftsicherheitsgesetz) to shoot down aircrafts that are to be used as weapons against the life of human beings. The Court decided to void this Act partly on the grounds that by allowing the shooting, the passengers and crew become means for the saving of others. Since passengers and crew members have no means to influence the situation they find themselves at the mercy of the state and hence, will be shot down with the plane and almost certainly die. In the view of the Court, such treatment disregards the status of these people as subjects endowed with dignity and unalienable rights. By unilaterally disposing of their lives in order to save others, the state not only treats them as objects and deprives them of their rights, but also denies the value which is inherent in a human being for his or her own sake.

This decision fascinated me because it allowed me to understand the significance of having a rule that is not merely a means to guide people to act justly. Most typically we think of rules as means to get the right decision made. But what this decision allowed me to see is the difference between doing what is right (namely to shoot the plane in such a desperate situation) and having a rule that authorizes the shooting which, now I believe, is wrong as having such a rule regularizes and normalizes the situation – a situation which should never be considered normal. I was so intrigued by the decision that I wrote a paper arguing why the Court was right to void the Act and yet, at the same time that a soldier facing such a situation has a duty to shoot the plane despite the absence of an authorizing Act.

Last but not least, we are very interested in what else you are looking forward to in Graz (apart from your research)!

From some readings I have done, Graz is a fascinating city with a rich history. I am keen to integrate in the short time I am here with the lives of the city. Let me add that the medieval and Renaissance architecture fascinates me.

I also hope to meet as many colleagues working in Graz and learn more about Austrian politics and public life. Time is short and there is a lot to do here! 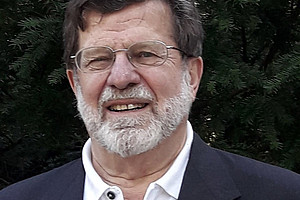 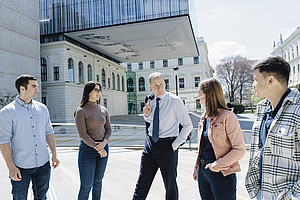 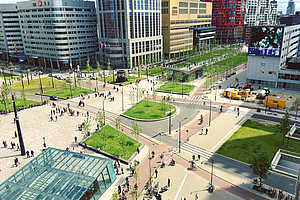 A look behind our cities of the future and their legal challenges with our Austrian Standards Senior Fellow Francisco J. Durán Ruiz 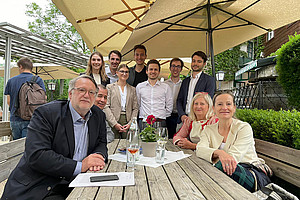